“Sure, I believed Scripture…”

A testimony from the June 2013 Girls Journey! 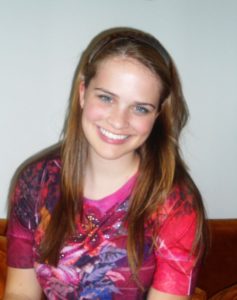 What? Me? That lovely young lady who goes to youth group, sings every Sunday in choir,and works as hard as she can during Church projects? Yep, the same one. I’d been in ATI since before I was born! My grandparents had helped bring the Basic Seminar to California! I could argue details of Scripture or explain Biblical concepts to non-Christians convincingly and with passion! So why was I a wreck on the inside?

To be honest, I hadn’t even tried to talk to God sincerely for over two years. My relationship with my Mom was in shambles, and whenever I was confronted by my parents about something like a bad attitude, I would go to my room and cry because life hurt and I had no idea why. Church became a place to sing and get my socialization in with friends—then I’d tune out the sermon. Youth group became a place I went to less and less (once I had an excuse to get out of it). I was a fan. Not a follower.

Sure I believed Scripture… God was loving, perfect, holy, tender, etc. Jesus was the sacrificial Lamb and besides being all the God is, He died for every sin I had ever committed… so why was I ridden with guilt about my sins? Why was I wearing a fake Barbie-smile that I made shine through my eyes because I could, not because I felt it? Because although I believed it in my head, I wasn’t trusting with my heart. That’s pretty toxic for a Christian. And that’s why life hurt.

If I was writing, in all honesty, a few weeks ago, I probably would have said something along the lines of what some sessions covered…

Mouth: “God loves everyone! He loves me!”
Heart: How do you know that? No He doesn’t! It’s chance that you have a nice life, He doesn’t care about you. No way does He even know who you are.
Mouth: “Christ died so that you can be saved! Take His gift of salvation!!!”
Heart: Don’t. You’ll just get pain, guilt, and a set of rules that will make you a spinster at 18.

When God put things into motion for me to go to Journey, (it was totally divinely orchestrated!!!), at first I was reluctant. I didn’t even think I could be close to God. Is that real? I know way more *about* the Bible than people twice my age! Better slow down so that I still seem “real” when I’m old, right? But God sent me to Journey. In retrospect, Satan was trying to attack me from the time the ticket was purchased.

From the first day at HQ, it seemed like something special was going on. I was housed in what used to be my family’s home when we lived there, I was put on a team of amazing young women with awesome leaders, and the week ahead looked pretty nice. 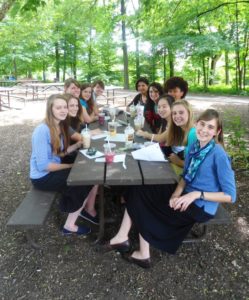 After declining to dedicate my body on the grounds of asking my parents, I talked to my Dad. He said, “It’s between you and God.” I used the free time in the afternoon to ask God to show me what dedication was about. Immediately after I prayed that, He gave me seven verses that paralleled my situation and showed what dedication was really about. Throughout the week He showed me that He could meet my needs—whatever they be—if I chose to trust Him.

During one session, we talked about God’s sovereignty. I’d been looking for security, identity, fulfillment, and love from my father only, and not seeking anything from my Heavenly Father. I’d been dealing with the world and the Word with my head, never with my spirit. I couldn’t give genuine love because I wasn’t willing to receive it except for my specific, selfish ways, and wasn’t willing to forgive new hurts because I would have to forgive the old, which I clung to for a measure of identity… “That’s just me, no one can change it.” That night I cried over the phone as I said the words “I love you daddy, but I want to love God more.” Perhaps the hardest thing I’d ever said, but God has been showing me that it was well worth it every day since then. 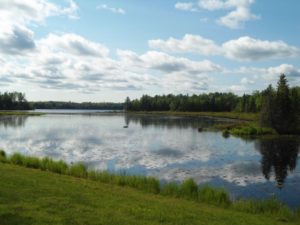 Throughout the week we dealt with tough stuff that I couldn’t even begin to catalog. God miraculously healed my heart, took out my pride, showed me realities of Himself, and led me to closeness with Him.

Now, after returning home, I want to share what I’ve learned about a true relationship with God, not just with the world—those who need salvation so desperately—but also with fellow Christians who don’t have this closeness with God that they long for. God is infinitely tender and compassionate, not just to the masses, but to me.

God holds a close relationship out as a gift, I just have to be willing to live in it. Seek the secret place of the Most High, because it’s worth it. Because He desires closeness with you. Because He cares.