What an incredible chapter!

It’s as if Paul accepted a dare or something “Oh yeah Paul!?! Well! Explain how Christians should live, in 400 words or less!!” (Wish I could be that concise!)

He talks about so many things! Humility, serving, giving, loving, hospitality, how we should work, how to use our gifts. He talks about unity, hating evil, rejoicing, praying, blessing even our enemies, and the mind blowing instruction to repay good for evil. Wow!

With such a power-packed chapter, sometimes my response is, “Well, it would be great to be like that. . . but who am I kidding? That will never happen. It’s way too much to get right.” Maybe you’re not such a Johnny raincloud, but when I see 21 verses filled with how I should be, and then I look in the mirror and see how I am, well, let’s just say that the huge chasm between those two looks a little big to hop right over. 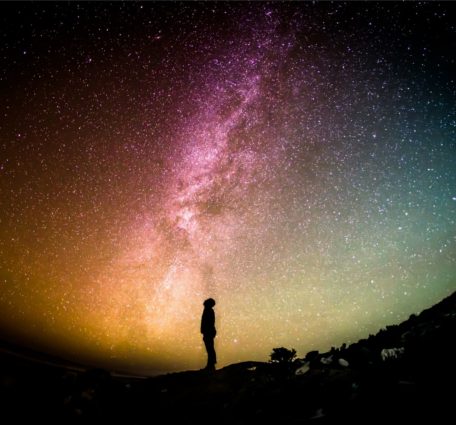 Yet, there has to be a way! Our God doesn’t give commands that we can’t obey, not in the New Testament. Not after Jesus died to free us from trying to keep the impossible law, and gave us His Spirit so we could fulfill the law of life. So I know there must be a way!!

And of course, there is. 🙂 And Paul, being the gentleman he is, gave it to us right in the beginning of the chapter!

In verse one he begs us to present our bodies to God. (Here we take a rabbit trail into a verse that’s NOT mine. ;)) As Sophia has pointed out in verse 1, God is more than worthy of our surrender. And I love how Paul says it: “I beseech you therefore brethren by the mercies of God.” (My emphasis added and all that.) That little word “by” makes this so beautiful because in Strongs it means: By means of, because of, or for this reason. So we are asked to surrender because of God’s incredible mercy toward us. It’s not just “Surrender because you’re supposed to!” (Even though we are.) He says, “Because of God’s mercy, His compassion, and His goodness, surrender to Him.” I just love that!

So, acknowledging God’s mercy and responding to it by handing ourselves over to Him is the first step on the road to accomplishing everything else in the chapter.

Then He says, “And hey, don’t be conformed to the world, OK?” “Oh yeah, no problem Paul, I mean that’s SUPER easy. Who wants to do any of the stuff that ol’ world offers. I mean pleasure? No way, don’t need it. Acceptance, I’m good! Entertainment, I mean it’s all boring anyway. Fulfilling fleshly desires? No no, I don’t even HAVE those.” (You liar! ;).)
That is a HARD command!!! We spend our entire lives either giving-in to the temptations of our flesh and the world, OR trying and trying and trying not to!! (Often with a sad and sorry level of success.)

So I think most of us look at this verse, and we zone in on the first part and

The thing is, “be not conformed” isn’t the method, it’s part of the goal.

We move on from the first part and go, “OK. I just need to do the next part. “Be ye transformed.” I just need to, well, change!” Then we try and will ourselves to be different, and somehow it still doesn’t work.

Why? Again, I think it’s part of the goal, not the method. The next part tells us what we need to know. “But be ye transformed, by the renewing of your mind.” (Still my own emphasis. :))

That’s how it happens. You want to avoid conformation to the world? You want to be transformed? Easy. Just renew your mind.

. . .
OK, well if you’re like me, you’ve heard that verse a million times, and stuff still didn’t change. So tomorrow, we’ll have to actually stop and look at this little phrase that opens such mammoth doors to us.