All Things Under His Feet! 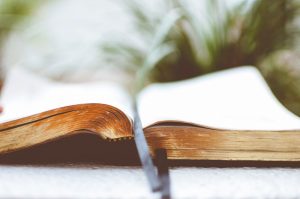 “And hath put all things under his feet,
and gave him to be the head over all things to the church.”
Ephesians 1:22

This is a verse of victory and triumph! A statement of who God is and what He has done. A declaration to us of our standing with God, and a statement of fact where all else is to be. Let’s reread the verse: “And hath put all things under his feet, and gave him to be the head over all things to the church.”

Who is the subject of this verse? Who hath put all things under his feet? The who is found a few verses before lets start in verse 15. “Wherefore I also, after I heard of your faith in the Lord Jesus, and love unto all the saints, Cease not to give thanks for you, making mention of you in my prayers; That the God of our Lord Jesus Christ, the Father of glory, may give unto you the spirit of wisdom and revelation in the knowledge of him: The eyes of your understanding being enlightened; that ye may know what is the hope of his calling, and what the riches of the glory of his inheritance in the saints, And what is the exceeding greatness of his power to us-ward who believe, according to the working of his mighty power, Which he wrought in Christ, when he raised him from the dead, and set him at his own right hand in the heavenly places, Far above all principality, and power, and might, and dominion, and every name that is named, not only in this world, but also in that which is to come: And hath put all things under his feet, and gave him to be the head over all things to the church,”

It is “God,” “the Father of glory,” that is the Who. God put all things under Christ’s feet. This was done through the death and resurrection of His son Jesus Christ. His death wasn’t just one of physical death on the cross, but involved a moment by moment surrender of His will to the will of His Father each and every day of His life. The actuality of the death of Jesus on the cross happened long before the moment in time came about. In Revelation 13:8 it says: “And all that dwell upon the earth shall worship him, whose names are not written in the book of life of the Lamb slain from the foundation of the world.” Jesus walked the reality of His death out here on earth. When the point in time came for the cross to physically happen, He was able to go through it by the Life of God which was already living through Him.

For a long time I had always thought of the cross as “where Jesus did it all” and therefore I don’t have to do anything but say a little prayer and go about living as I want to live. This totally misses the point of the cross. What is the point of the cross? The point is found here in Ephesians one and is even found in our verse today, “And hath put all things under His feet, and gave him to be the head over all things to the church,” The point was a new authority structure. God put all things under Christ’s feet. In doing so, He set Christ up as our rightful authority and through Him made the way clean and open for us all to partake of the Life of Christ and be “One” with God, just as Jesus was.

We did belong to Satan and the power of the “flesh,” our fallen nature, controlled us. There was no power to say “no” to self, the flesh. Instead we served ourselves in the meanest, most hideous ways, totally opposite of what God had originally designed.

It’s the Life of the Father that Jesus lived by. Through this “Life” living within and through Jesus, the cross was and is possible. The cross was a reality to Jesus, He partook of it and delighted in it every day. No wonder He tells His disciples in Luke 9:23, “And he said to them all, If any man will come after me, let him deny himself, and take up his cross daily, and follow me.” He is not telling them to do something He hasn’t already done, but he gives instructions on how to follow Him.

The “Good News” doesn’t just stop with God has put all things under His feet, it continues with “and gave him to be the head over all things to the church,.” God placed Jesus in authority over the church. It is through the partaking of the Life of God that all things are put under our feet as well. We walk in the authority of God as we are one with Him through His Son Jesus Christ. The point being His Life ruling and reigning far above all principalities, and power. As we partake of our identity in Christ as One with the Father, He is then free to rule and reign through us.

The cross that we bear today is the same cross that Jesus bore. It is one of surrender to the will of the Father moment by moment. One of suffering in the “Flesh” telling it “no,” and living by the power of God who put all things under His feet! It is also a cross of joy through the surrender and suffering moment by moment, you/I abiding IN God and having fellowship with Him! The LIFE that comes through these three, surrendering, suffering, and joying, is the very Life of God living In and through you and I overcoming all!

← Our Position In Christ
One Body! →