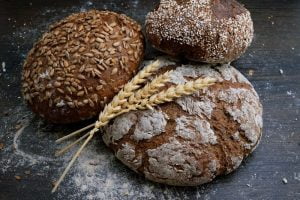 “For as the rain cometh down, and the snow from heaven, and returneth not thither, but watereth the earth, and maketh it bring forth and bud, that it may give seed to the sower, and bread to the eater:” –Isaiah 55:10

This verse is a metaphor –but for what? If we stop right at the end of the verse, we wonder what the “as” at the very beginning is referring to.

From this verse, we learn that rain and snow come down from heaven and don’t return there. We also learn that they water the earth, cause fruitfulness, cause even the ability to plant and produce more fruit, and lastly produce food for people to actually eat. This is wonderful. Rain and snow are both useful and necessary. God, our majestic Creator, intended for it to be that way.

But that word “as” is still bringing us back to the fact that this is merely a metaphor for something greater –a picture of something incredible. Let’s look at the verse one more time, and tack on a few words from the next verse, so we can know what it’s comparing all this to.

“For as the rain cometh down, and the snow from heaven, and returneth not thither, but watereth the earth, and maketh it bring forth and bud, that it may give seed to the sower, and bread to the eater: So shall My word be…” (Isaiah 55:10-11a)

Our God is comparing rain and snow to His Word! Let’s ponder this comparison for a few moments…

“For as the rain cometh down…” So the Word comes down. It’s coming from somewhere to somewhere. “…And snow from heaven…” It comes from a place we cannot reach with human ability, nor bridle and control. It comes from the God who created, the God whose words are spoken in the same instance that it’s done. He needs not reach out His hand, but merely speak the word, and that which takes much effort on our part –or would take more effort than we are capable of- is already accomplished. Just at His speaking it. This is where the Word comes from: from the very heart of this all-powerful God.

“….And returneth not thither…” The Word, once spoken, will not be taken back. God means what He says. Every promise, He will keep. Every word spoken about His character will not be changed. His commands, once spoken, are done. He does not change His word, nor cause it to return to heaven before it has been heard or seen and met its mark.

“…But watereth the earth…” His word has a purpose: to take the dry soil of our hearts and water them. Where life does not thrive, where need and frailty abound, where only dryness is known and nothing good or spiritual is nurtured… these are some of the places His word is aimed.

Where life is thriving due to His word already being there, He sends more. Like water, it must sink down into the soil of our hearts and saturate every part of it. And just like a good heavy rain, He sends His word in abundance to do so.

“…And maketh it bring forth and bud…” His word causes fruit to come out of once fruitless places. Where once no goodness was and only wickedness thrived, His word produces beauty, righteousness, life… he sends it to us to make us bring froth fruit. Notice it says “maketh”, not “helpeth”. His word literally causes fruitfulness. As soil receives water, so our hearts must receive the Word. This Word then goes to work in us, causing fruitfulness in impossible places.

Why would that be? Because the Word is not merely an arrangement of letters on a page, but the very expression of God, which not only is written down, but lived out in the life of His Son. When we allow the Word to saturate us, He can’t help but cause fruitfulness! It is His nature, as the “Living Word” to do so.

“…That it may give seed to the sower…” Out of the fruitfulness that the Word causes, there is yet more to come. That which grows out of our lives from the Word becomes seed to plant in the hearts of men. Much seed to plant in many fields: much Word to speak and live, casting it onto the heart’s soil of many lives.

This is a blessed thing! The Word is meant to be received in such a way that fruit is born. It is always sent from heaven and always must be saturated into our hearts and lives before it can produce that fruit. Then from that fruit, the heavenly Harvester places seed in our hands and soil before us and says, “Cast it there.”

We are never His Word’s final destination. His aim is not only to produce in us, but to reproduce in others as well.

“…And bread to the eater:” The Word not only provides a means to reproduce, but also a means to satisfy the hungry. Fruit is His handiwork, but He means for it to be enjoyed. We are “eaters”, and because of this, satisfaction can’t come by merely being an onlooker, but rather by being a partaker. His Word in us, saturated into our hearts and lives, grows to become a hearty meal that many –including ourselves- are free to eat and be satisfied. We pluck of the blossoming grains and make a loaf to give to a friend, and more grows in its place. We pluck again of the fruit to eat it, and yet more grows.

…As is the rain and snow, so is the Word. It revives, waters, causes fruitfulness, provides seed, and satisfies hunger –all through one life receiving it and being saturated by it.

May our faith grow as we ponder this verse and may we recognize that it is true; God’s word is never like a stagnant pool of water waiting to be found, but instead like the falling rain, purposefully wetting the soil of the hearts. Do we want to grow spiritually? Let’s get under the rainfall of His word and let it saturate our hearts and minds. Let us stay in it, and let it stay in us. Let us look intently at it until we see the very glory of our God in the face of Jesus Christ.