How Will You Love Them?

“And every spirit that confesseth not that Jesus Christ is come in the flesh is not of God: and this is that spirit of antichrist, whereof ye have heard that it should come; and even now already is it in the world.” – 1 John 4:3

Imagine this scenario: A man in your church, Mr. Rogers, owns a business run by his family. He just developed a new household product, and He wants every home to have the new product. Mr. Rogers decided to begin marketing the great new product in the local area and then expand to other cities, states, and eventually around the world. The first step in this 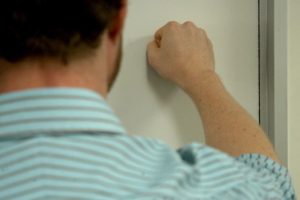 strategy is going door-to-door in your city. Since his son, Jesse, agreed to be the representative, the son is the one who is going door-to-door, and let me tell you Jesse has some very interesting experiences at the places he goes. Some people are amazed when they hear about the product, others think it is a scam, and still others are simply not interested. Some people are welcoming, and others (including a few in the church) go so far as to physically and verbally assault Jesse as they chase him off their property.

While fellowshipping with people from church, Mr. Rogers likes to ask them how their time with Jesse went. He appreciates the feedback, but something bothers him. A few people say that Jesse never came to their house. Why would they make this claim? Mr. Rogers knows that his son spoke with the head of every house in the city, but they reject the truth and hold to the claim that Jesse never came by their house.

Those who deny Jesse’s coming clearly care little for Jesse and for the whole Rogers family. They are saying Jesse is a liar. The Rogers family wants their product in every house, not because they want to get rich off this product but because they truly care for people and want to help them. Denying Jesse’s coming is not just turning down the offer on the product but rejecting the love and care of Mr. Rogers and his son.

A similar thing is happening around the world and even within the church regarding who Jesus is and what He did. The Father sent His Son, Jesus, to us, offering eternal life. Some people gladly receive the offer, some think it’s a lie, and others reject it without interest. For 2,000 years people have said, “Jesus Christ didn’t come in the flesh. He’s just a myth.” Or “Jesus was a real person, but He isn’t the Christ. He’s just a good moral teacher.” We will always know people like this. They may be family, co-workers, neighbors, customers, classmates, and (unfortunately) church members. These people oppose Christ. That is to say, they are antichrist, which simply means they have not been born again by the Spirit of God; they are not truly part of God’s family. In Matthew 12:30 Jesus says, “He who is not with Me is against Me, and he who does not gather with Me 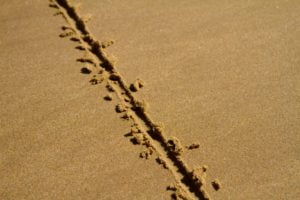 scatters abroad.” Whoever is not with Christ is against Christ or antichrist; there is no middle ground. Scripture tells us of a specific person who one day will gain great power and deception who is called the Antichrist (some translations capitalize the name/title), but the antichrist spirit “even now already is in the world.”

So how do you view those who are antichrist, who deny Jesus is the Christ who came to earth in the flesh as a baby, was crucified, buried, and rose again? Do you think of them as inferior? Stupid? Do you think of them as an enemy? Do you get into heated arguments or ignore them? Or do you pray for them, love them, and reach out to them? Jesus Christ died for everyone because He loves everyone – even those who are antichrist – and we should love them also. People are not the enemy; it is the spirit of antichrist that is the enemy. People need to be saved, and this is done by God’s Spirit working to draw people to Himself.

So are you willing to love those who are not of God enough to tell them about His love – about how Jesus is the Christ who came in the flesh? And what attitude will you do it with? Will you share the Truth with a heart of love or with an attitude of pride or superiority?

One final thought. A genuine confession of Jesus Christ comes from genuine conviction. Does everything about your life stem from the conviction that Jesus is the Christ, the Son of the living God?