Be not overcome of evil, but overcome evil with good.

Paul is making a really clear, and seemingly simple statement. Let’s dig in a little just so we can enjoy what is packed into these ten words. 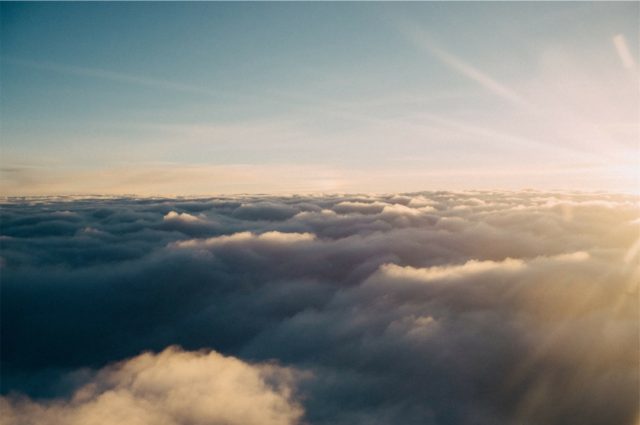 Overcome. It’s an important word in this verse. It’s a powerful word. It has some muscle behind it. I think we may rush past this word sometimes in our mad dash memory verse recitation. (It is pretty much the easiest verse in the whole chapter after all! Benotovercomeofevilbutovercomeevilwithgood! Done!! 🙂 )

I think we should linger at this word a bit though. We see it in action in our Christian lives all the time, but sadly, it’s not always the right kind of action.

Paul starts with “Be not” or “Do not be”. That’s pretty clear. He didn’t say, “try not to be” or “you shouldn’t be” or “well sometimes you will be, but hopefully not all the time”. No. It’s clear, it’s emphatic, “Do not be overcome.” Overcome, it holds so much. This word in Strongs means: to conquer, to carry off the victory, come off victorious.

Sigh. This Bible. It just seems so full of impossible commands. But like we talked about in verse two, God doesn’t give commands that we can’t keep.

Evil. This is interesting. I guess when I think “evil” I think of all the steely eyed villains in any story I’ve ever read or seen. I think of cruel and wicked dictators who ruthlessly butcher people. (Sorry to be graphic-ish.) I think of all the sinful things that go on in our culture. In the context of this verse, I also think of people who do hurtful things towards me. Usually, my thought of evil is defined by types of people, or types of actions.
Here’s what evil means in this verse: of a bad nature – not such as it ought to be – of a mode of thinking, feeling, acting – base, wrong, wicked – troublesome, injurious, pernicious, destructive, baneful
This word is not limited to that which we consider the worst in humanity, it encompasses pretty much everything that is outside of Christ. “Not such as it ought to be” how general is that?!?! It’s not just that we need to stand against the outside evils that come against us! We are not to be conquered by the things in our own lives that are “not as they ought to be”, including, modes of thinking, feelings, and actions that are not as they ought to be.

I feel that this passage is not just about how we deal with people who are hurting us, or even the evil forces at work in this world. I think this is one of Paul’s trumpet calls to complete victory! Whether over outside “enemies” or internal influences.

We are not to be casualties of evil, in any form, or any way, from any source including ourselves. We are to conquer it, we are to carry off the victory, we are to come off victorious! Overcome also means, of Christians, that hold fast their faith even unto death against the power of their foes, and temptations and persecutions. That is the kind of overcoming we are talking about.

That’s such an interesting word. It can cover a lot of ground, like explaining someone’s moral character “He’s just a good man.” Or extolling the wonders of an amazing cheeseburger. “It was SO good!”

But what kind of good are we talking about here? (Ok I doubt it was the cheeseburger kind.)

It’s actually a really long list of definitions. But some of them include things we’d expect like: of good constitution or nature – excellent, distinguished – upright and honorable – a good conscience.

It also has some fun definitions such as: pleasant, agreeable, joyful, happy.

And this is one I found especially interesting (once my simple brain understood the educated sounding words) – denotes the soul considered as the repository of pure thoughts which are brought forth in speech – I think that means someone who is filled up with good thoughts which show up in what they say. 🙂

I found that really interesting considering the definition of evil, which included “mode of thinking.” As I thought further, I also found it fascinating in light of the beginning of the chapter. Being transformed, totally remade, by the renewing of our mind.

We’ve heard this often (maybe 🙂 ) but what we do starts with what we’ve thought. What we say starts with what we’ve contemplated. Maybe not at the very moment before we said it (I often (Ok, almost always) speak before I think) but we’ve thought a certain way consistently, and that way of thinking will come out in our moment of mindless word spewing. This fight to overcome evil, it starts in our minds and our hearts. All the things Paul tells us to do in this chapter, they are actions that are rooted in Jesus-centered thoughts. All the things Paul told us not to do, can only be repulsed by a heart and mind centered on the goodness of God and the good He desires us to live out. If all you think are vengeful thoughts, how will you ever act differently when the time comes? If you think of your own needs, joys, or sorrows, then how will you ever care enough for others to weep when they weep, or rejoice when they rejoice? If, on the other hand, your thoughts are filled with all the mercy God has shown you, giving back evil to those who hurt you will look like the awful sin it is. If you are consistently dwelling on the goodness God has poured into your life, you’d want to offer up whatever you might have in hospitality to others so they could receive a taste of His goodness. Paul has given many examples of good, and many examples of evil in this chapter, and here it’s as if he summarizes. “Do not allow those evil things to overcome you or rule you. Defeat them, destroy them by living out these things that are good.”

My own summary? Do not be overcome, defeated, by evil thoughts, feelings, actions that aren’t what they should be. But, win the victory over evil with joy, a good conscience, happiness, uprightness, and being filled with pure and good thoughts which will come forth in your every-day words and actions.

It is a battle, and it is one we are expected, and equipped to win.

← A Step Beyond
Completing the Challenge!! →